Donald John Trump’s victory in the 2016 United States presidential elections has shocked the country and the world. The offensive discourse that characterized the President-elect’s campaign has left the US starkly divided. Women and minorities are rightly concerned about their human and civil rights. Days and nights of protests have followed the electoral result. The international community is also concerned about the implications of a foreign policy that would be characterized by stalwart insularity and disengagement from the political, economic, and military alliances and strategies that the US has nurtured since the end of World War II. 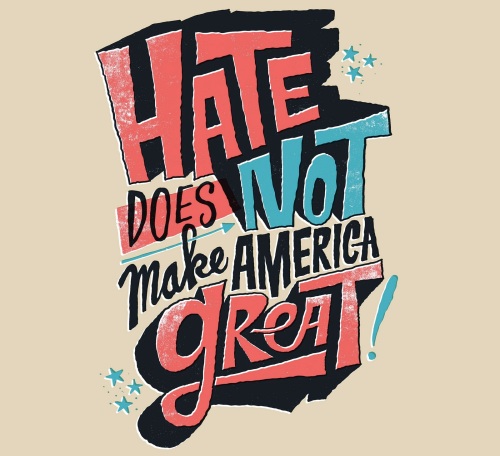 Donald John Trump has become President-elect of the United States of America.

Within the US, this is a moment of profound contrasts in opinions and emotions, mostly influenced by how people casted their votes and what those votes meant to them. In the rest of the world, the moment is similar, although for very different reasons. Unable to have influenced the elections beyond social media, the globe wonders what the Trump administration will mean for their own states’ politics, economies, and relations with the US.

There is much to consider and write about until Trump’s presidential inauguration takes place, but today it is important to consider at least the following:

The US elections were not “rigged”. Even if Hillary Rodham Clinton had won the elections, they would not have been “rigged” either. Those who criticize democracy for not providing the electoral results that they wanted, either within or outside of the US, should remember that if Clinton had won, then they would have celebrated democracy. Similar condemnations of democracy have followed the British and Colombian referenda. To be clear, democracy is the best of our political systems not because it ensures the most desired results by means of elections, but because it establishes clear rules that determine how citizens can access political power as well as the terms in which that power is returned to the state and accessed by others in time.

There is certainly much to improve in democratic political systems (for example, the outdated consensus that some of the most important political decisions we make require only a simple majority among the electorate or, in the US, that the electoral college system continues to be desirable), but arguments for electoral elitism have implications and consequences as dangerous as the most undesirable of democratic decisions. Furthermore, it is important to remember that by sabotaging Bernie Sanders’ campaign, the Democratic National Committee (DNC) subverted its own democratic values and procedures. We will never know whether or not he would have defeated Trump in the presidential elections or, if elected, would have helped to alleviate the present discord within the country.

On the state of the union

For many years already, the US is intensely divided over a number of socio-economic, cultural, and political matters. A number of socio-political movements, spanning the entire spectrum of political ideologies, have emerged as a result. Despite the fact that the Republican Party has control of the executive and legislative branches of government, and will probably appoint a judge of their liking to the Supreme Court, it is crucial that civil society continue to strive in order to further liberal values. Although the Trump presidential campaign has allowed the darkest groups among the US far-right to voice themselves loudly, it is important to remember that neither is the far-right committed to the Republican Party in its entirety nor is the Republican Party in its entirety committed to far-right politics.

When Barack Hussein Obama was elected president, his “Yes We Can” slogan never prepared us for the continuation and expansion of drone warfare and mass surveillance, his failure after eight years to close the Guantánamo Bay detention center, or the most intense persecution and imprisonment of whistleblowers in the country’s history. In this same sense, we will have to wait before knowing what in Trump’s campaign discourse was demagogy and what was meant to become policies that could seriously disadvantage women and minorities in the US – and those who are non-white and/or non-Christian.

On human and civil rights

The last years of struggle, debate, and politics in the US have evidenced the shortcomings of several of its institutions. Although significant improvements have been made, such as when the Supreme Court ruled that bans on same-sex marriage are unconstitutional, other injustices remain only topics of public debate and foci of social and political activism. For women, these include restrictions to their reproductive rights, the condoning of rape culture, and the failure to be provided parental leave and equal pay. For people of color, these include denial of police brutality as well as the continuation of disproportionate sentencing and imprisonment. Attempts to debate and reform these and other policies, for example, those concerning immigration and refugee asylum, have repeatedly failed. The Trump presidential campaign and the President-elect himself have provided abundant examples of homophobic, misogynistic, racist, xenophobic, and intolerant discourse. It should then come as no surprise that the electoral results in the US – bearing a striking resemblance to what happened after the UK Brexit referendum – have led to a rise in harassment and violence against minorities and immigrants.

The profound fear of which campaign promises the Trump administration will follow through on and in which terms is the very reason why whoever, conservative or liberal, who condemns discourses and acts of hatred should unite and defend against them. The protests that have sprung up throughout the country are a way to do so, but no matter the anger or disappointment of protestors, they cannot be marred by violence and confrontation. Beyond protests, civil society should rely upon the various well-developed and resourceful non-governmental organizations and social movements to find a tightly knit community from within which to work toward defending human and civil rights – not only today, but as well in the years to come. The US has often served as an example for these struggles in other countries. For this reason, women, minorities, and their allies in the US can call upon a vast transnational network to support and assist them in adapting to and confronting the difficulties of political and institutional deadlocks.

Similarly to the unexpected twists in the policies of the Obama administration, we will require time to understand what of the Trump campaign’s foreign policy will be actualized. There is much to be concerned about regarding policy proposals that are characterized by stalwart insularity and disengagement from political, economic, and military alliances and strategies nurtured since the end of World War II. The Republican Party either disdains or entirely ignores a number of matters that are presently of global concern (i.e., climate change, the ongoing crisis of refugees, the rights of women and minorities). The Trump campaign has also introduced additional disdains and insularities to the US political landscape (i.e., tolerance of authoritarian politics, sympathies with far-right extremism, mistrust of immigration and globalization). And yet, there are now standpoints within these political camps that could signal (although for reasons entirely different from those of Sanders, for example) the end of certain threats to citizen and consumer rights – such as those posed by the free trade agreements strongly lobbied by the Obama administration. There must be bipartisan efforts to discover other matters that offer political synergy.

Those countries that wish to convince the Trump administration that commitment to these international efforts is worthwhile will have to promptly develop new strategies of diplomacy and engagement. Ultimately, it will also depend on the Trump administration to measure and determine what of the country’s global influence it is willing to abandon and in which areas. This is fundamental since the end of the Obama administration has already evidenced a shift in global and regional political dynamics toward Russia and China (states that provide military and economic incentives to others without the demand of commitments to democracy, human and civil rights, or – even – peace and stability).

There is, undoubtedly, much to consider and write about in the weeks and months to come. Today, however, and as a conclusion to the above, it is crucial to repeat one particular imperative from Clinton’s recent concession speech:

“Never stop believing that fighting for what’s right is worth it”.

This is a maxim that conservatives in the US and worldwide have shown and continue to show their commitment to. It is incumbent upon liberals in the US and everywhere else to prove that they also understand it and that they are steadfastly committed to fighting for what they believe is worthwhile and right.